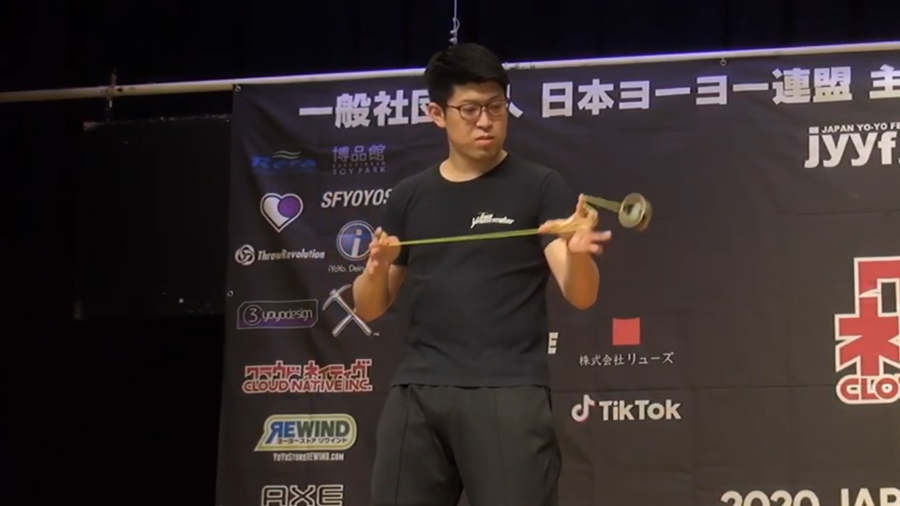 Posted at 09:29h in NEWS by yoyorecreation
0 Likes
Share

NJ in this year was postponed due to the corona crisis, but as usual, the 1A category was a high-level affair.
Akiba also showed world class play in this contest.
Not only did he show off his signature chopstick tricks, but he also wowed the audience with his playful, music-inspired composition.
Although he didn’t come close to winning the championship, He will be looking for back-to-back championships at Japan National Yoyo Contest.